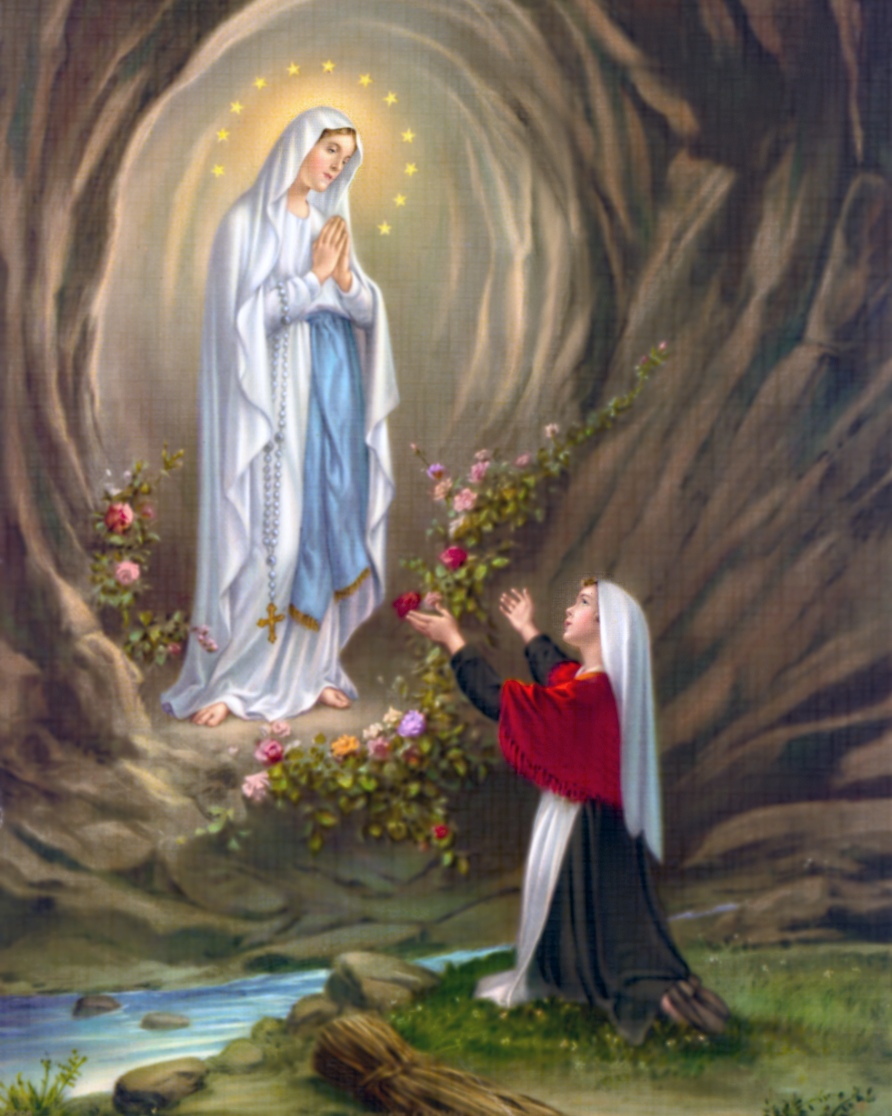 Bernadette Soubirous was born on January 7th 1844, into a loving and devoted family. The family were very poor and Bernadette grew up in what we would consider to be very difficult circumstances. The young children were however brought up to accept their lot without complaint. Bernadette herself was generally very well liked and displayed great courtesy and kindliness to others. She suffered from ill health and because of the family’s poverty she missed the opportunity to get a proper schooling. When she was 14, she was still studying the basic Catechism with 7 year old children.

On February 11th 1858, Bernadette had her first vision of 'a beautiful lady'. During a mission to collect firewood, Bernadette stumbled across a grotto that at the time was filled with rubbish washed up from the river. As her friends went on to collect firewood, she was left in the grotto. In her own words she describes the vision she saw: "I came back towards the grotto and started taking off my stockings. I had hardly taken off the first stocking when I heard a sound like a gust of wind. Then I turned my head towards the meadow. I saw the trees quite still: I went on taking off my stockings. I heard the same sound again. As I raised my head to look at the grotto, I saw a Lady dressed in white, wearing a white dress, a blue girdle and a yellow rose on each foot, the same colour as the chain of her rosary; the beads of the rosary were white." 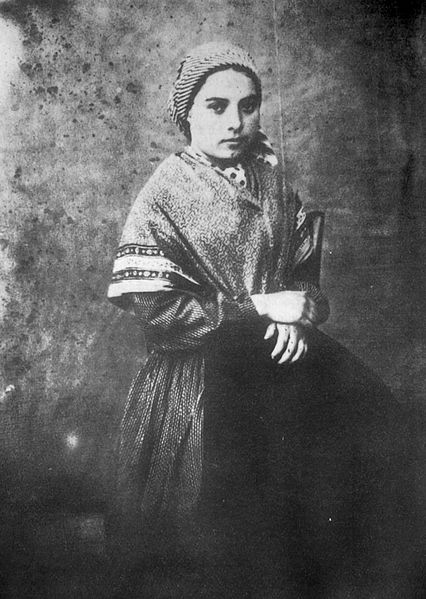 On returning home, she reluctantly told her companions. They in turn told her parents. As a result, her mother forbade her from returning. Usually, Bernadette was very obedient to her parent's wishes, but in this instance, Bernadette felt inwardly compelled to return. On her third visit on Thursday February 18th, the lady spoke to her. The lady said it would not be necessary to write anything down, but if she could do her the favour of coming here for the next fortnight.

As time moved on there was much interest in Bernadette and her visions. Some people believed they were witnessing a miraculous occurrence; others in the town were both critical and suspicious. On the ninth apparition Bernadette was asked by the Lady to drink from the spring. Yet, Bernadette could not see any spring (there was none at the time), therefore she began digging with her bare hands in a muddy patch and drank a few drops of muddy water. In the following days water started to flow from the spring where Bernadette had been digging. From this water flowed a spring in which people started to have miraculous healing experiences and this remains one of the great attractions of Lourdes to this day.

The Lady also asked Bernadette to go to her parish priest to request the building of a chapel at the site of the Grotto. Initially her own parish priest greeted her with great scepticism and even hostility. But, he made a request that her lady reveal her name. When on March 25th the Lady stated to Bernadette, “I am the Immaculate Conception” the priest finally believed Bernadette. On Friday July 16th Bernadette made one final pilgrimage to the Lady. 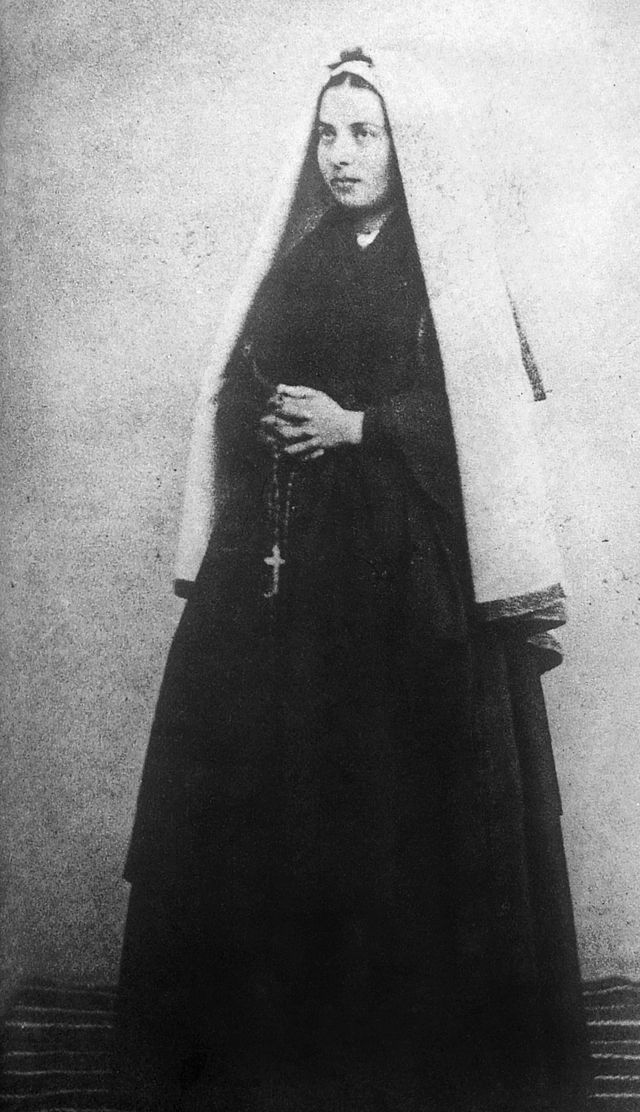 A little later in life Bernadette decided to become a nun and spent the remainder of her life in a Carmelite convent. She continued to suffer from ill health and died on 16 April 1879. She received Beatification in 1925 and became a Saint in 1933.